When leaders face tough times, character is tested and developed. That character fuels the leader’s thoughts, decisions, and actions.

When times are challenging, a leader’s personal values – principles, beliefs, ethics – drive decisions. Daniel, Shadrach, Meshach, and Abednego were chosen for an elite training program with the ultimate goal of entering the king’s service. Before Daniel faced the first challenge, he knew what was important to him and to the people he represented and influenced.

Should he eat the king’s diet that included meat or stay true to his vegetarian diet that aligned to his faith and convictions?

Ideally, the leader’s personal values and the organization’s core values should align. Good health was the commonality between Daniel’s and the king’s mandated diet.  How to accomplish that goal was a point of conviction.

As a leader, Daniel honored what was important to him. He set the example for those within his sphere of influence.  He took the following actions:

Leaders know and embrace their personal values – popular opinions and business-as-usual rules do not unduly influence them during a crisis.

Timing is everything. The king questioned Daniel and his three colleagues at the end of the training program.  He found them more intellectually gifted and talented than any others who served. Yet, it wasn’t Daniel’s time to enter into a leadership role.

Daniel’s opportunity to rise came during a crisis. The king summoned many to interpret his dream, but they could not. His anger rose because no one could explain the dream. The king then issued a widespread order of mass destruction that also affected Daniel and his colleagues.

Although the king did not initially summon Daniel to interpret the dream, Daniel realized the gravity of the developing crisis and volunteered to meet the need. Daniel solved the problem and saved the people (Daniel 2:24).  In doing so, he:

Leaders choose to do the right thing, at the right time, although it may be the difficult thing to do.

In the face of adversity, leaders appropriately demonstrate courage. Daniel excelled in the king’s service, prompting the king’s plan to promote him to a higher role of vast responsibility. To thwart Daniel’s promotion, the king’s administrators convinced him to issue an arbitrary prayer restriction order. The intent was to infringe on Daniel’s personal value of offering prayers throughout the day.

Daniel could either compromise his values or be subject to severe penalties for praying.  He chose the latter. Daniel…

As a leader, it takes courage to objectively assess a situation, remain focused, and lead with confidence.

Leaders earn followership, and it does not come without appropriately demonstrating courage in the midst of adversity.

Call to Action: What is Your One?

There are numerous challenges and decisions during a crisis. Consider integrating these timeless leadership behaviors:

Which leadership behavior speaks most to your current situation?  How will you strengthen that behavior as you lead during a crisis?

We support leaders in navigating these unprecedented times.  Contact us to schedule a complimentary Discovery session. 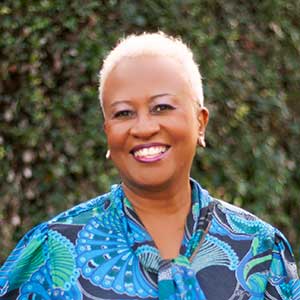 Lillian Davenport is a coach, consultant, and women’s leadership strategist. Her leadership program, Maximize Her LeadershipSM, guides women in bringing together their talents, strengths, and executive presence to experience a thriving career.